FC Barcelona is one of the most widely supported teams in the world based in Barcelona, Spain. Founded in 1899, the club has become a symbol of Catalan culture and Catalanism, hence the motto "Més que un club" ("More than a club"). FC Barcelona has excellent performance both domestically and internationally. In total, They have won 21 La Liga, 26 Copa del Rey, 4 UEFA Champions League, 4 UEFA Super Cup, and 2 FIFA Club World Cup titles. In 2009, it became the first football club ever to win sextuple, including La Liga, Spanish Super Cup, Copa del Rey, UEFA Super Cup, UEFA Champions League, and FIFA Club World Cup. In Catalonia, FC Barcelona is called ‘Azulgrana’ by most of the people. Azulgrana is a Catalan word meaning blue and red, representing the home jersey colors of FC Barcelona since 1900. FC Barcelona has a long history of avoiding corporate sponsorship on the playing shirts. However, when they signed a five-year contract with Qatar Sports Investments on the commencement of the 2011-2012 season, this tradition ended. Are you FC Barcelona fans? Show your love for the Blaugrana with cheap FC Barcelona jerseys. Cheer for your favorite player with the latest home and away custom soccer jerseys, plus jackets and other FC Barcelona apparel. Shop your FC Barcelona gear now.

Barcelona Football Club, referred to as Barça, is a football club located in Barcelona, Catalonia, Spain. It was founded in 1899 by Swiss entrepreneur Juan Gamber and is one of the top football clubs in the world. As the club’s home stadium, Camp Nou Stadium can accommodate more than 100,000 spectators and is the largest football stadium in Europe and the second largest in the world.

The Barcelona Club has won many championship trophies. Domestically, Barcelona has won a record 75 trophies: 26 La Liga, 31 Copa del Rey, 13 Supercopa de España, 3 Copa Eva Duarte, and 2 Copa de la Liga titles. It is the club that has won the most championship trophies in Spain. In international, the club has won 20 European and worldwide titles: 5 UEFA Champions League titles, a record 4 UEFA Cup Winners' Cups, a joint record 5 UEFA Super Cups, a record 3 Inter-Cities Fairs Cups, and 3 FIFA Club World Cups. The club has a long-standing rivalry with Real Madrid, and matches between the two teams are referred to as El Clásico. 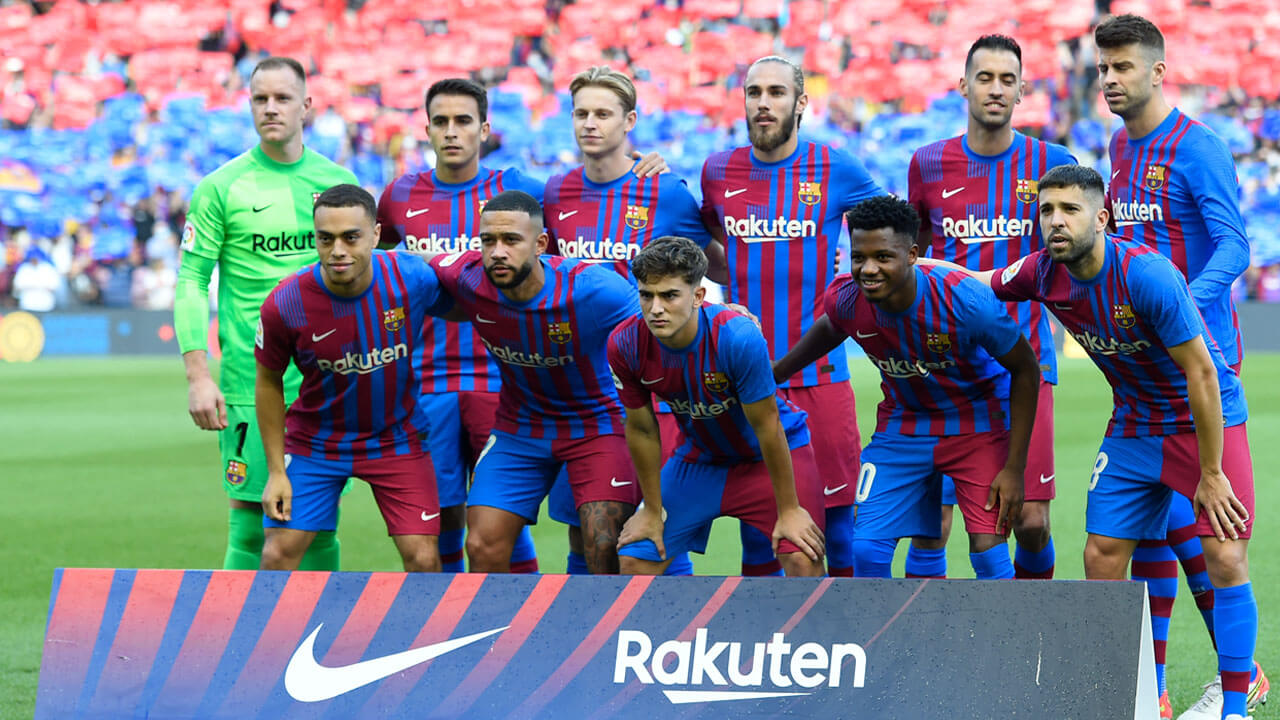 The Barcelona club's nickname is Blaugrana, which means "blue and crimson", derived from the red and blue stripe design of the home jersey. Nike and FC Barcelona jointly announced the team's new home jersey for the 2021-22 season. The Barcelona home jersey 2021/22 is inspired by Barcelona’s world-famous club badge and has a new design of the traditional striped shirt. The jersey is made of 100% environmentally friendly recycled polyester fabric. 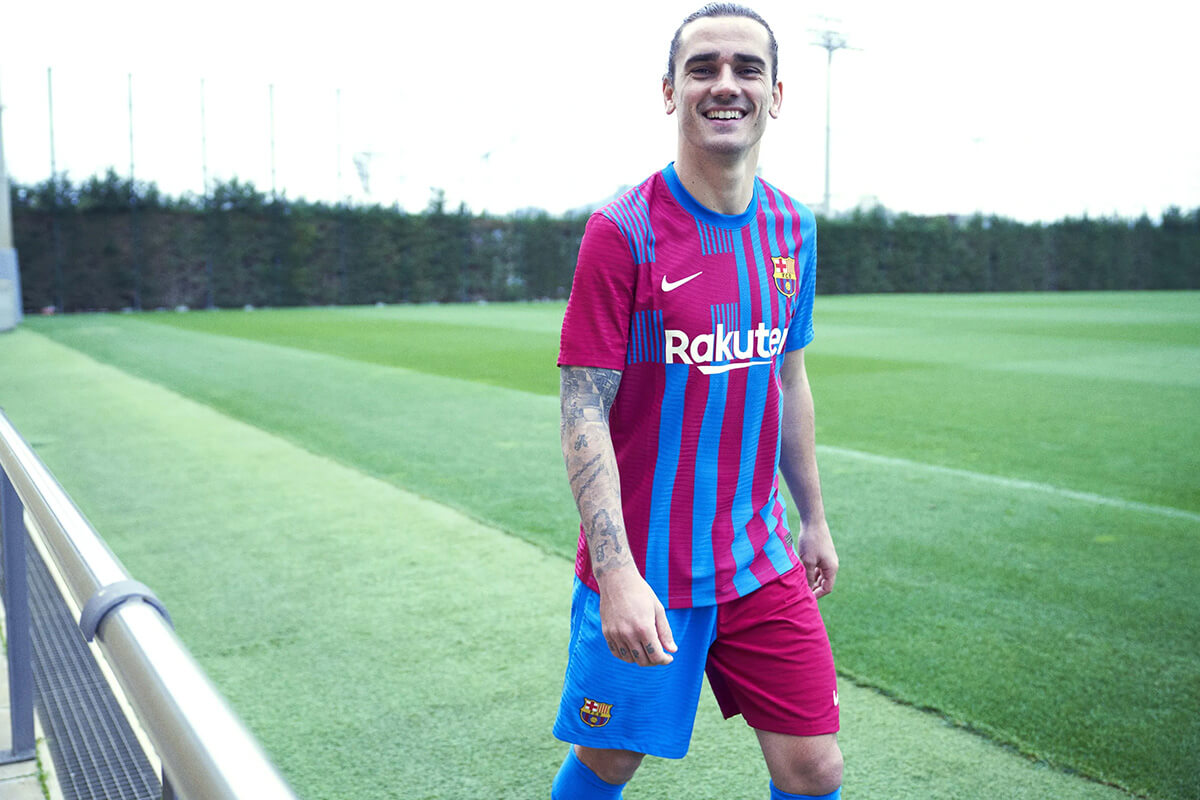 Barcelona away jersey 2021/22 introduces a unique look in purple with iridescent details, inspired by women's empowerment. The red and blue bands on the sides of the body match the tradition of the "Blaugrana". The slogans "tots units fem força" and "totes unides fem força" are embossed in the strips, which are both female and male verbal forms  "Unity and change strong". The monochrome club badge will reflect different colors according to the environment. 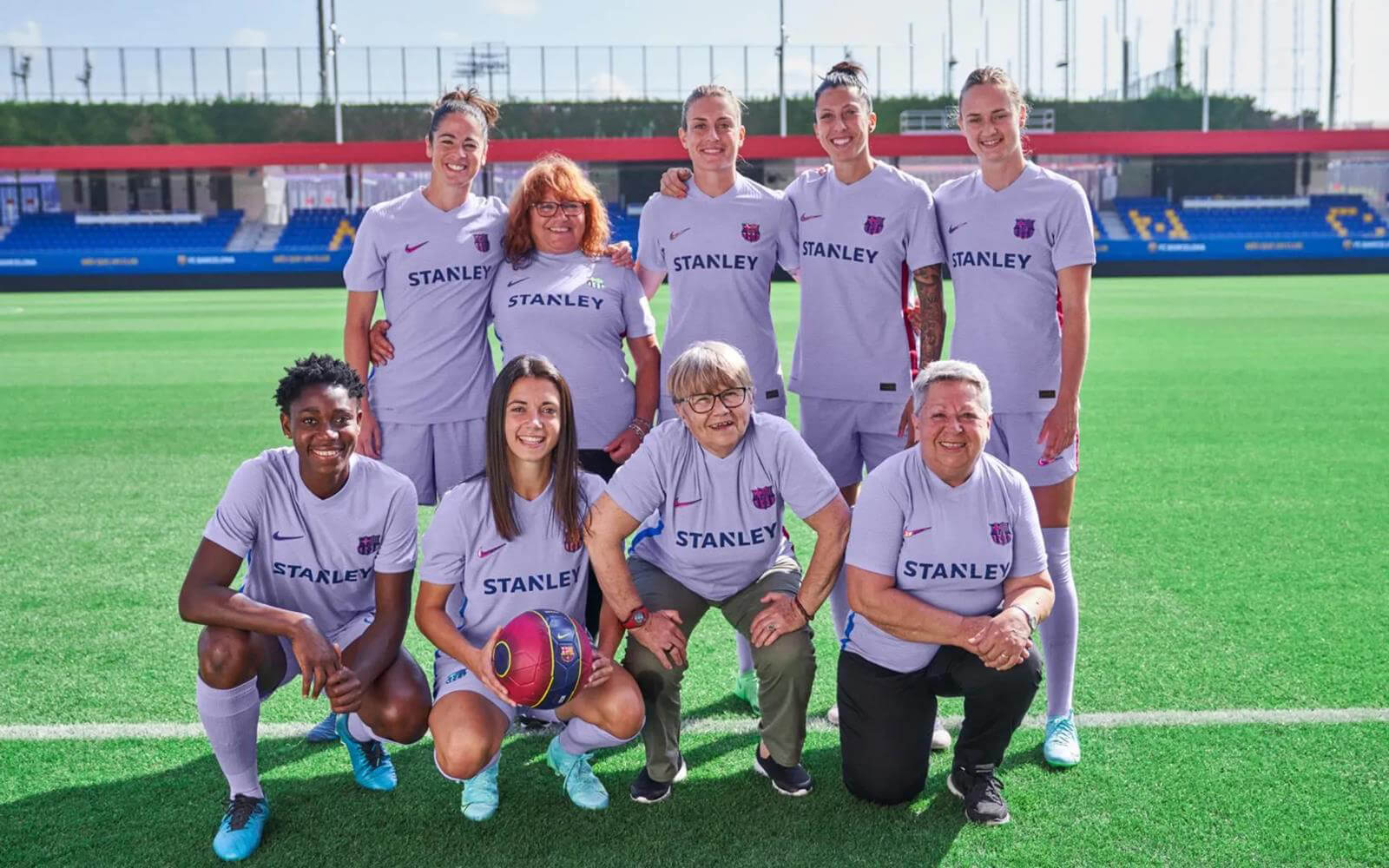 Barcelona third jersey 2021/22 debuted in the Champions League match against Bayern Munich on September 14th, 2021. The new jersey retains the traditional vertical red and blue stripe design, adding many very distinctive details. Illustrations are used to highlight the landmarks of Barcelona's neighbourhoods within the stripes. The color of the shorts used in this jersey is the same as the blue used in the top, and there is a dark blue strip on each side with "El nostre Barça" printed on it, which means "Our Barcelona". Similarly, this slogan will also appear on the matching socks. 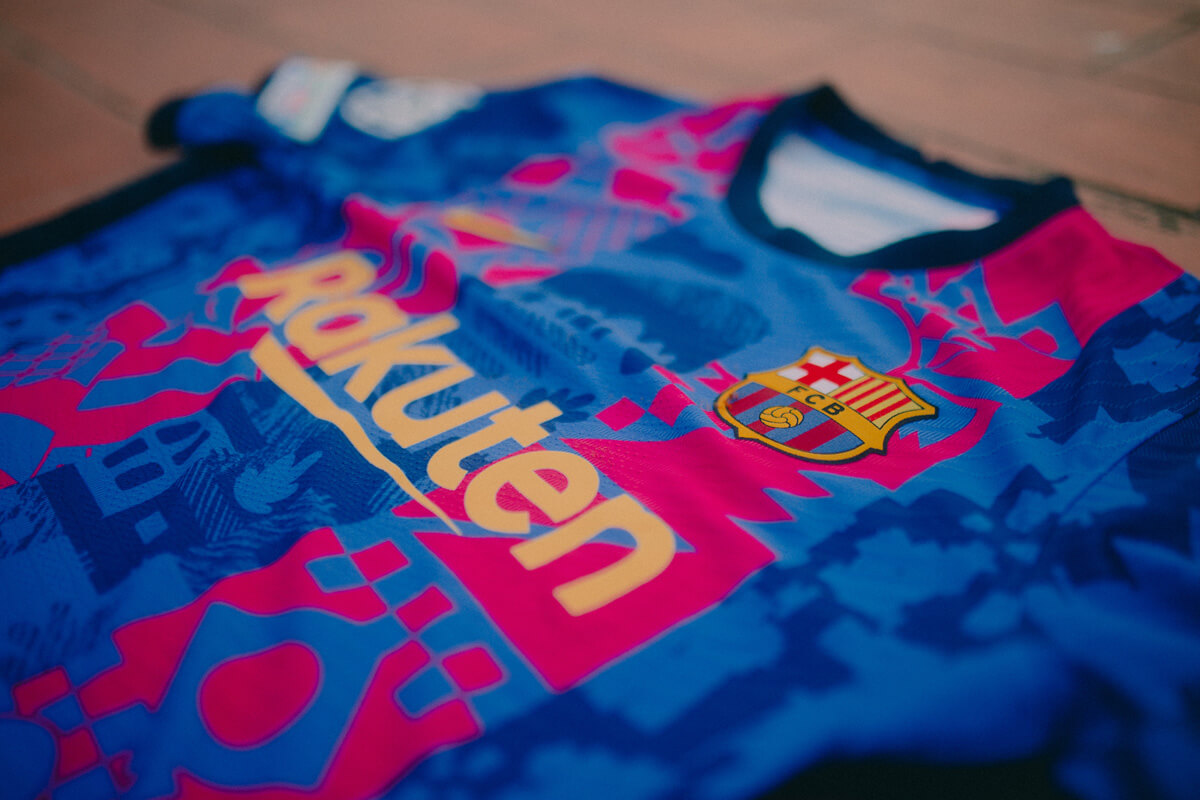 Buy the new FC Barcelona jersey or football kit now. If you are looking for FC Barcelona Home jersey, Barcelona Third kit 2021/22, or the goalkeeper kit, we have all FC Barcelona shirts and kits for Men, Women as well as in kids sizes. If you want to buy best cheap soccer jerseys to cheer for your favorite football stars, we will be your best choice, high quality, low price, fast shipping soccer jerseys, and good customer service.