Buy authentic soccer jerseys with the names and numbers of your favorite players, from Jonathan Calleri, Jonas Toró to Gabriel Neves.

São Paulo FC is a football club based in São Paulo, Brazil, whose official history began in 1930, it has the most prestigious history and the largest fan base in the country. But in the early days of its establishment, the development of São Paulo FC was not optimistic. At that time, the club was founded by 60 players, former officials, friends, and members of two old clubs from the region: CA Paulistano and AA das Palmeiras. It didn't take long for the club to dissolve in 1935 due to various internal disagreements and financial problems. Fortunately, in the 1940s, São Paulo FC began to win some star players from competing clubs, and thus gradually became successful.

The new players settled in quickly and did their best to lead the club to five Paulista titles by the end of the decade. During this time, the club earned the nickname "The Steamroller". In the 1950s, however, the rise of Santos led by Pelé quickly put São Paulo FC on the back burner.

Although São Paulo FC won two Brazilian titles in 1977 and 1986, it struggled to maintain its dominance for most of the 20th century. However, with the arrival of Telê Santana, things changed. Telê Santana ended up spending five seasons at the club in what is widely regarded as one of the most successful periods in São Paulo's history. Led by Telê and influential midfielder Raí, the club won a third Brazilian title in 1991. And the following season, they won their first Copa Libertadores title.

In 2006, the controversial Muricy Ramalho took over as coach and immediately implemented his signature defensive style. Although some fans of the club did not like the change, it has proven to be beneficial for the team. From 2006 to 2009, Sao Paulo won three consecutive Brazilian league titles, and Ramalho became the first coach to achieve this feat with the same team.

Rogerio Ceni - Hero of Club World Cup triumph over Liverpool,as well as top goal scorer of all time amongst goalkeepers

Falcao - To this day considered one of the top midfielders to play the game,as well as a hero for club A.S. Roma

Müller - Scored over 150 goals for the club,was a vital part for Brasil's World Cup victory in 1994

Rai - Considered one of the club's greatest players,won practically every state,national,and international title possible with the club

Julio Baptista - Former Real Madrid and current A.S. Roma player,one of the top prospects from the club alongside Kaka at the turn of the millenium

Luis Fabiano - Considered one of the top strikers in the world and the Spanish League,was instrumental in Brasil's Confederations Cup victory over the U.S. 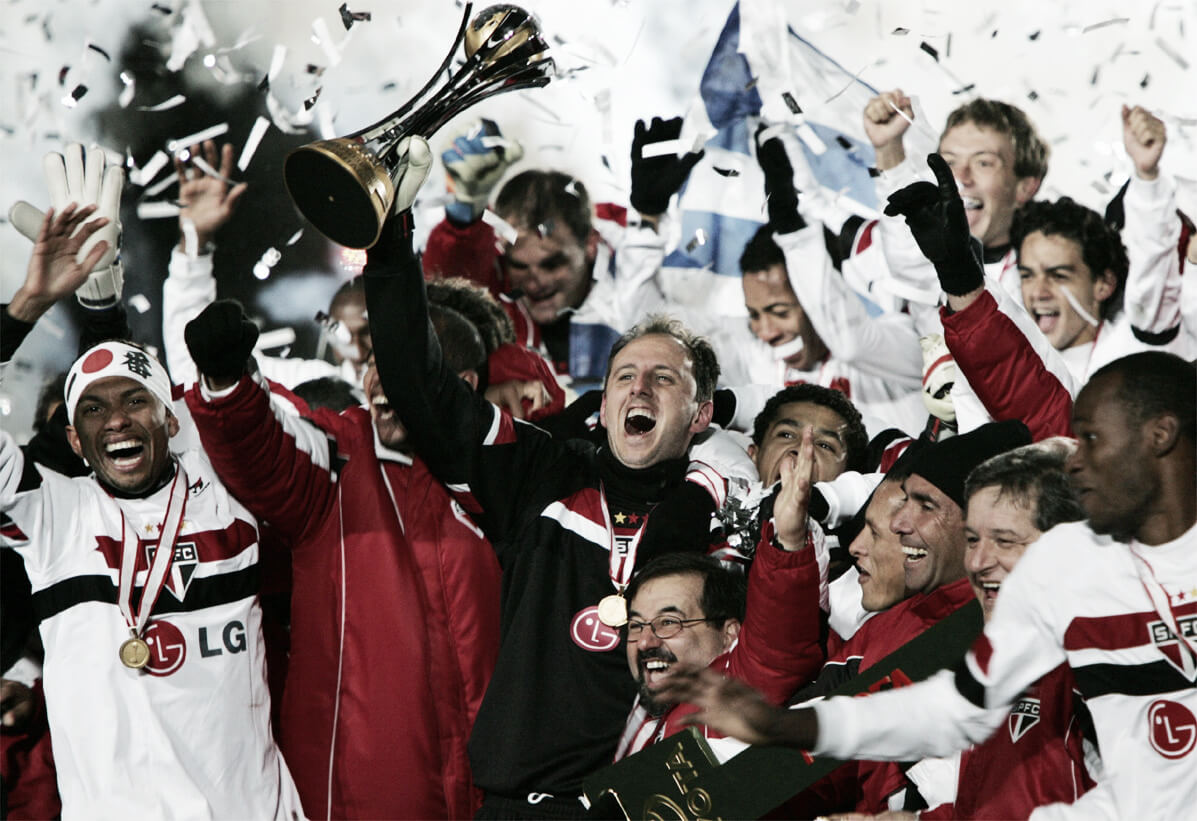 São Paulo's stadium is officially named Estádio Cícero Pompeu de Toledo (Cicero Pompeu de Toledo Stadium) and commonly known by the nickname Estádio do Morumbi (Morumbi Stadium). It was inaugurated in 1960, with a maximum sitting capacity of 120,000 people, but now its maximum capacity is 72,039 seats. Its record attendance for a football match, set in 1977, is 146,082.